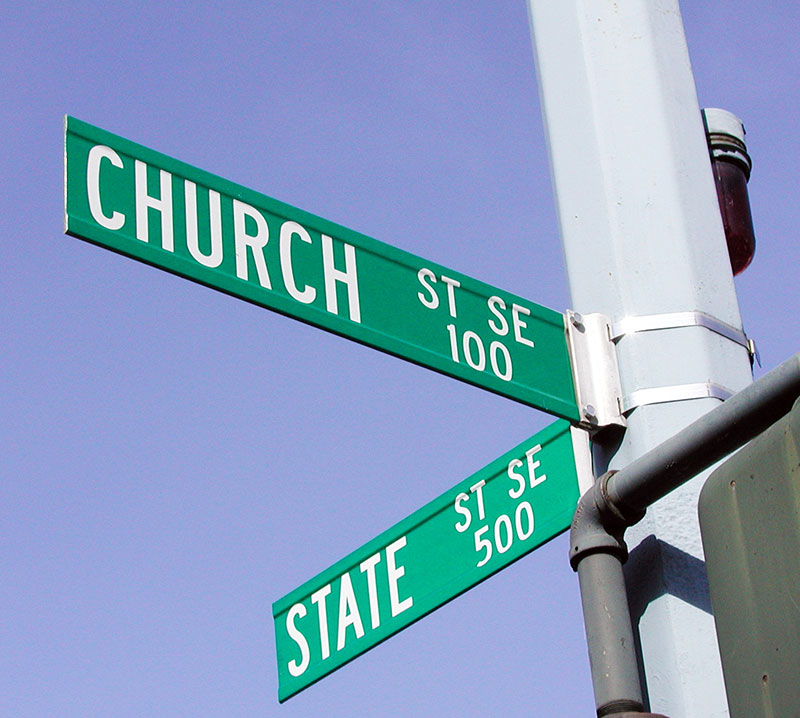 Commonly refered to as "separation of church and state" in the United States, the legal concept of religious and secular is different in Israel.
Explanation:

I. Introducing Issues of Religion and State (15 mins)

Return to the opening words of Megillat Ha’atzmaut (Handout 3a); how do you understand Israel as both the homeland of the Jewish people and a modern democratic state? What do you think makes Israel a Jewish state? Brainstorm with a partner and share with the whole group.

After the discussion, share with the participants that the majority opinion on the Israeli Supreme Court ruled that the state is required to make reasonable accommodation for the needs of individuals and communities in cases such as these, and equated reasonable with balanced—the more balanced the approach, the more reasonable it is.

Have the participants watch a clip from this 2006 speech of then-Senator Barack Obama to a liberal Christian social action group. Watch from 1:41-7:56 here: http://www.youtube.com/watch?v=wVt59yd2W0U.

The text of the speech is included in Handout 3c.

Following the screening of the Obama video clip, engage participants in a wrap-up discussion that examines the similarities and differences between how the U.S. and Israel relate to questions of religion and state (widely called "church and state" in the U.S.). Acknowledge that the fundamental approach to the issue is very different in the two countries and encourage the group to consider the reasons for these differences. How might each country be different if it adopted the other's approach? Could either country have chosen a different path, and if so how would that different path have impacted society?

Time permitting, this can be a great group discussion. The topic can also be assigned as a one-page writing assignment to be completed at home.

Israel defines itself as a Jewish and democratic state.

The Jewish nature of Israel was outlined in the Declaration of Independence - Megillat Ha'Atzmaut - as it was read during the proclamation ceremony on May 14, 1948. The document defines the State of Israel as "A Jewish State in Eretz-Israel [the Land of Israel]." While the word "democratic" is not used in the document, it does say that the newborn state will:

"ensure complete equality of social and political rights to all its inhabitants irrespective of religion, race or sex: it will guarantee freedom of religion, conscience, language, education and culture; it will safeguard the Holy Places of all religions; and it will be faithful to the principles of the Charter of the United Nation."

The word "democratic" was first officially added in an amendment to the Basic Law: "The Knesset," passed in 1985. In 1992, the Knesset adopted two Basic Laws dealing with human rights. These were the Basic Laws: "Human Dignity and Liberty," and "Freedom of Occupation." Both of these include a clause stating that the purpose of the Basic Law is to protect a specific value (human dignity and liberty or freedom of occupation), in order to establish in a Basic Law the values of the state of Israel as a Jewish and democratic state.

Supporting Web Resources:
High Court decision- Bar Ilan street to remain open on Sabbath (August 1996)
Final High Court Ruling- Bar Ilan street will be closed to traffic during Shabbat prayer times (May 1997)
Haredi leaders vow to halt Bar-Ilan clashes (July 2003)
Living With the Church-State Tension: Democracies Respect Religious Freedom, With Clear Lines
The Israeli political system: a basic explanation on Israel's legislative, executive and judicial branches
The Israeli political system: a detailed explanation on the Israeli government - how does it work?
"Is Israel a Jewish and Democratic State?" by Einat Wilf
Basic information regarding the Chief Rabbinate: A Cheat Sheet on the Israeli Chief Rabbinate
Chief Rabbinate of Israel Law (1980) - English translation - For a detailed description of the Chief Rabbinate's composition, functions and elections
End the Chief Rabbinate’s Monopoly- op-ed by Rabbi Avi Weiss
Basic information about the organization "Tzav Pius" which initiates and promotes projects with the aim of encouraging dialogue and understanding between groups on the religious-secular spectrum in Israel
"Networking for Better Understanding Among Jews" by Aliza Gershon, Director of "Tzav Pius" in Israel
Supporting Images: 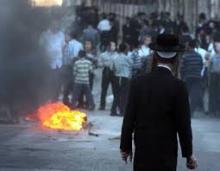 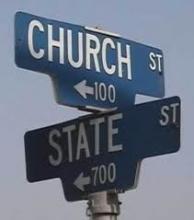 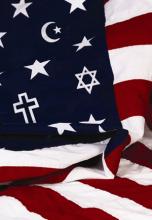 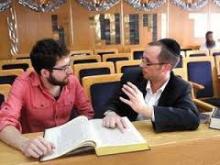 A detailed description of the Israeli government- how does it work?

"Is Israel a Jewish and Democratic State?" by Einat Wilf

Democracy in the Jewish state of Israel