Core Learnings:
Israel has no constitution, but is governed by a set of Basic Laws.
The Israeli Supreme Court decides cases on the basis of these Basic Laws.
Israel’s Supreme Court cases are stories of how Israel works as a Jewish and democratic state. 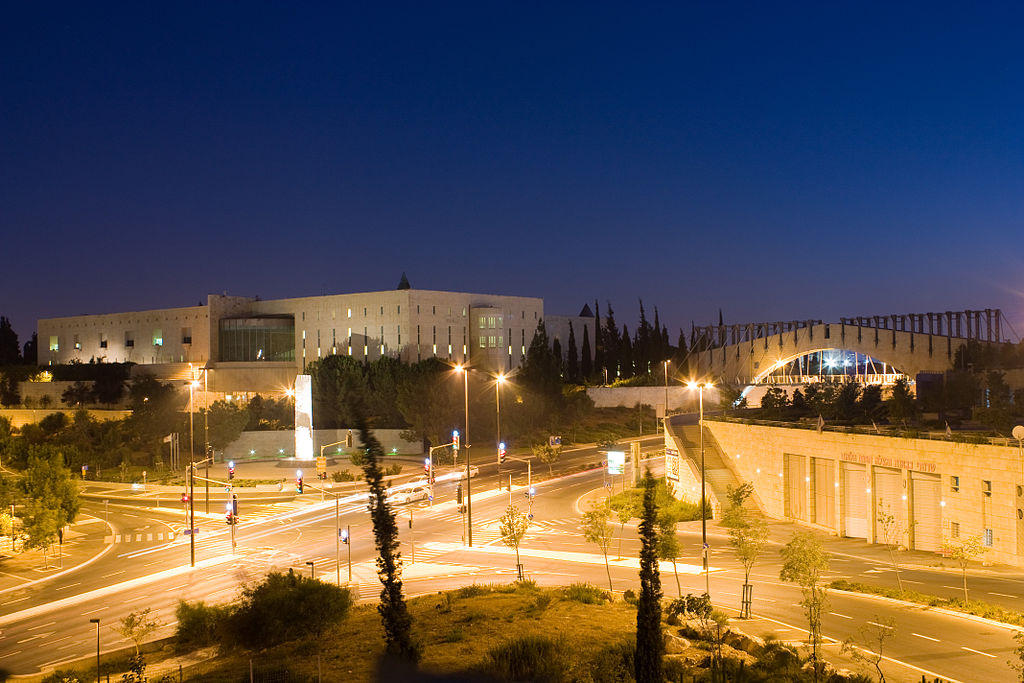 Ask participants to work in pairs and name an American Supreme Court case they know and to summarize it. Here are a few examples:

Ask participants to answer three questions about the Supreme Court case they select:

Yesterday we talked about the values behind Israel’s Declaration of Independence. In any country, it’s not enough to simply have values; you have to translate those values into rules and laws. In the United States, the values of our Declaration of Independence were translated into the rules of the Constitution, and the laws enacted by Congress and the states under the Constitution. When the values of the Constitution and the Bill of Rights seem to be in conflict with a law, the Supreme Court decides how to solve the problem. All of the cases we just mentioned dealt with laws that, in the eyes of the Supreme Court, violated the basic values of the nation as expressed in the Constitution, so the court changed the law or struck it down.

Today, we will be learning about how that process works in Israel.

III. Activity: Understanding the Basic Laws and the High Court of Justice (30 minutes)

1. Explain why Israel has no constitution although one is explicitly promised in the Declaration of Independence:

Ask participants to study two recent Basic Laws (Handout 2c and 2d) and answer the questions on the worksheet (Handout 2e). (They can start this during the session if you still have time, and/or it can be their homework).

As the session comes to a close, review the key points that were discussed today:

Introduce the homework assignment (above) and indicate if the work will form the basis of a wrap-up discussion in the next session.

Israel does not have a constitution. Since 1948, multiple attempts to draft one have fallen short of the mark; instead, Israel has developed a system of Basic Laws, passed by a special majority in the Knesset, which enjoy semi-constitutional status.

The Declaration of Independence, which was approved and signed by the members of the Provisional State Council on May 14, 1948, asserted that a Constituent Assembly would be elected within four months and that it would promptly write a constitution.

The Constituent Assembly was elected in Israel’s first general elections on January 25, 1949. Within weeks, it renamed itself the First Knesset. The constitution, however, was never completed. A protracted debate ensued between those favoring immediate enactment of a constitution, and those who believed that there should be no constitution or, at the very least, that the time was not yet ripe. The Knesset adopted a compromise, introducing the idea of a constitution “by chapters,” each constituting a separate Basic Law, instead of one comprehensive written document.

The Basic Laws deal with two main issues: the powers of the governing bodies, and basic human rights. The Basic Laws apply to citizens and residents of the State of Israel (and not to non-citizens residing in areas beyond Israel's sovereign borders).

Until 1995, it was not clear that the Basic Laws enjoyed constitutional standing. While it was widely accepted that the Basic Laws dealt with uniquely constitutional issues, according to the Israeli Supreme Court’s interpretation, these laws had no greater status than ordinary laws, and thus newer laws were held to supersede older ones, even if the older ones were Basic Laws. A historic decision by Chief Justice Aharon Barak in 1995 –  equivalent to the United States’s famous Marbury v. Madison – gave precedence to Basic Laws and established the practice of judicial review of statutes. The Supreme Court granted itself the power to strike down new legislation which contradicts any Basic Law.

Supporting Web Resources:
"Now's the Time for a Constitution" op-ed by Prof. Mordechai Kremnitzer and Attorney Amir Fuchs
"A Constitutional Revolution - Israel's Basic Laws" by Judge Aharon Barak
"Israel Government and Politics: Constitution" This article includes the background for why Israel does not have a national constitution; arguments in favor and against a national constitution; and the Harari Proposal
"The Judicial System" by Helen Chapin Metz. This article provides an explanation on how the judicial system works in Israel.
"Rivlin, Meridor call on Knesset to legislate constitution" (Jerusalem Post)
"Israel Ponders Constitution With Head Throbbing" (The New York Times)
The Constitution of the U.S. - full text
The Marbury v. Madison Case (1803)
VIDEO Fox News: Time to ditch the U.S. Constitution? Has it become outdated and obsolete?
Supporting Images: 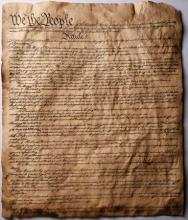 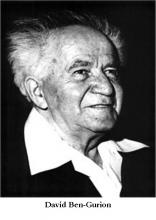 Supreme Court of the United States.jpg 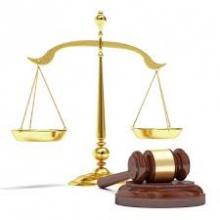 "Now's the Time for a Constitution" op-ed by Prof. Mordechai Kremnitzer and Attorney Amir Fuchs

The Constitution of the United States - full text