Module 5: The Law of Return

Core Learnings:
The Law of Return guarantees the right of any Jew to immigrate to Israel and become a citizen.
Under the Law of Return, individuals' rights are determined based on a complex set of parameters that do not mirror other common definitions of "Who is a Jew?" 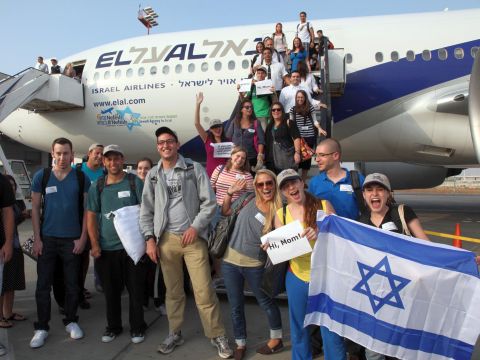 A group of "olim" (immigrants to Israel) landing at Ben-Gurion Airport in Israel.
Explanation:

Part 1: Understanding the Law of Return

We will be working with Handouts 5a and 5b, which contain the text of the Law of Return and information about the Rufeisen Case.

Introducing the Law of Return

A. Understanding the Law of Return

B.  Initial Discussion of the Law

C. Personal Definition of What it Means to be Jewish

A. Explain the Facts of the Rufeisen Case

​B. Initial Discussion of the Rufeisen Case

As listed in Handout 5b, ask everyone to reach their own conclusion in the Rufeisen Case and write several paragraphs in defense of their decision.

Part 2: Debating the Law of Return

We will be working with Handout 5c, which contains the rulings of the Justices in the Rufeisen case and excerpts from the amended Law of Return.

A. The Rules of the Debate

A variety of debate structures can be used. Here are some suggestions:

1. Ask the group to split up between those who would allow Rufeisen to immigrate based on the Law of Return and those who would not. Begin with one side presenting an argument in favor of its position. Allow the other side to respond with a counter-argument and allow the initial side to rebut. For the next round, start with the opposing side and do the same thing. Go through several rounds and ensure that some solid arguments get discussed. List key arguments on the board.

2. Ask for two volunteers from each side of the debate to come to the front of the room and have a polite back and forth about the arguments in the case. Once they have exhausted their line of thinking, ask for another pair. If it gets repetitive, make sure to insert questions about historical precedent, religious precedent, and similar situations.

B. Run the Debate

Determine how much time will be devoted to the debate, and try to ensure that strong arguments are made.

A. Explain the Court’s Decision in the Rufeisen Case

B. Concluding Discussion: Questions to Pose

4. Is the Law of Return compatible with Israeli democracy? Why, or why not?  This is the big question and the group can spend the bulk of its time exploring this issue.

Homework Assignment: Distribute copies of (or links to) the three perspectives on the Law of Return found in the Supporting Materials (from the Guardian, the Daily Beast and the New York Times). Ask participants to read the articles and select one compelling argument or example from each one. Using those compelling arguments or examples, they should write a brief (250 word) statement on the Law of Return that does one of the following:

There are many opportunities to expand your group's knowledge and understanding of key issues at the core of Israeli society and its identity as a Jewish and democratic state.

Beyond the understanding of the finer points of the Law of Return, participants will gain new insights into the complex realities that emerge when a policy or law - however well intended - is put to the test in the real world. This, perhaps, is the most significant takeaway from this module.

Handout 5a - The Law of Return

Handout 5b - The Rufeisen Case

Handout 5c - Rulings in the Rufeisen Case and excerpts from the amended Law of Return
Background Information:

According to Israel's Declaration of Independence, “The State of Israel will be open to the immigration of Jews and for the ingathering of exiles from all countries of their dispersion.” The Law of Return (1950) codifies this mission by granting Jews from anywhere in the world the right to settle in Israel and gain citizenship.

The Law describes the process of gaining citizenship by receiving Oleh (Immigrant) status as a first step toward citizenship.

The Law of Return sought to provide Jews with an immediate safe haven following the Holocaust, without any immigration restrictions. Another goal was to ensure a Jewish majority in the State of Israel by promoting Aliyah (immigration.) 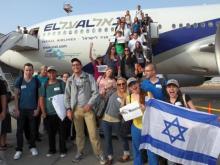 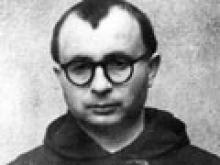 The Law of Return - An Introduction (Jewish Virtual Library)

Is The Law of Return Unjust (The Daily Beast)